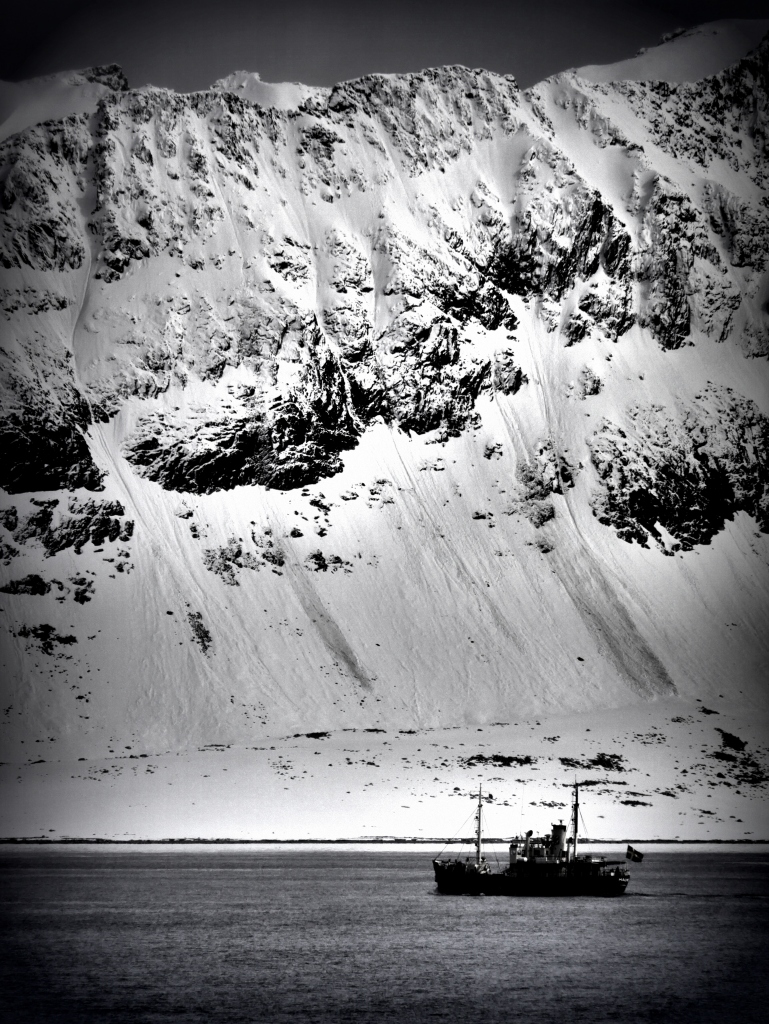 Exploring Global connectedness and changing resource use systems in the Arctic,

is a project viewing the  Arctic as coupled to the rest of the world through flows of goods, services, information and people. CONNECT is based on a research collaboration between researchers in US, Canada, Russia, Greenland and Norway that study how global connections through resource extractive industries, tourism, technologies and accessibility influence ecosystems and local communities in the Arctic. More specifically, we focus on how local societies adapt to arctic changes, or adopt new technologies, lifestyles and norms, that subsequently change resource uses, landscapes and ecosystem services.

Global connections and globalization are changing resource use systems all over the Arctic. In the Arctic the speed of globalization has accelerated in concert with broad band internet, new transport routes, changed accessibility and increased resource extraction activities. Changes, which have received less attention than the direct effects of global warming.

Global connections already permeate the Arctic societies through education, cultural and economic differentiation, and by the use of new technologies which affect both the use of land and resources as well as communities’ relation and perceptions of their surrounding environments. Arctic residents are in many regions living a more urban lifestyle where traditional ways of living and cultural norms conflict with the new social frames emerging due to globalization.Changes in values, norms and resource management is important for how we define ecosystem services and their conditions.

CONNECT builds on how interdisciplinary studies can bring upfront knowledge of the migratory tundra caribou herds demonstrate that the sea ice cover in the Arctic Ocean has provided a strong signal for climate-induced changes on the adjacent caribou summer ranges, outperforming other climate indices in explaining the caribou-plant dynamics. Studies have found no evidence for a negative effect of caribou abundance on vegetation biomass. On the contrary, there was found a strong bottom-up effect in which a warmer climate related to diminishing sea ice has increased the plant biomass on the summer pastures resulting in declining caribou populations. This can be an early signal of a climate-driven shift in the caribou-plant interaction dominated by non-edible shrubs with diminishing herds of migratory caribou (Fauchald et al. 2017).

Likewise, effects of killer whales reshaping the rapidly changing Arctic ecosystem and occurring in a more tenacious manner along the coasts of Greenland was accentuated through a co-management study.

“This summer I was hunting narwhals together with local hunters in Qaanaaq. We caught a narwhale which’s’ back was broken and the tale was crooked. The hunters began telling about a narwhale where there had been taken a huge bite or lump from its neck area. They also said it had been a strange year. The narwhals behaviours have been strange. They are “aalerivoq” nervous because of “aarluk” the killer whales that increased in numbers up north” (Lennert and Richard 2017 forthcoming).

The impact of killer whales is changing the resource availability and abundance of specific species and now some communities are hunting and eating the killer whales to be able to sustain their livelihood. These changes had not yet been observed by the natural scientist and illustrates the relevance of including local knowledge and experiences in observation systems. The conceptualization and development of some solutions may lie with the fishermen and hunters knowledge and experience. 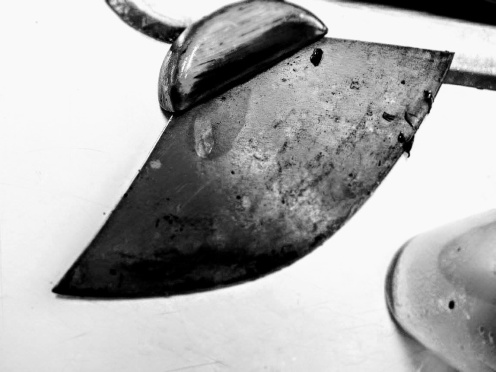 An Ulo, the womens knife for scraping the seal skin and harvesting the seal, is today used as a knife to chop hebs and onions. Photo: Ann E. Lennert 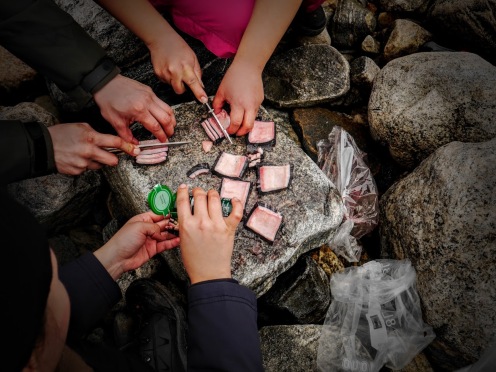 A younger generations’ interest in traditional harvests and food will most likely diminish in the future, but to which expense? Photo: Ann E. Lennert

CONNECT likewise addresses how globalization and urbanization might offer alternative livelihoods, wage labor and increased importation of food, thus reducing the demand for the traditional resources. Traditional subsistence culture and practices might be influenced by globalization through the diffusion of ideas, meaning and values. As a result, the younger generations’ interest in traditional harvests might weaken, reducing the demand for the traditional fish and wildlife resources (Fauchald et al. 2017).

A WORLD OF TECHNOLOGIES

Global connections through adoption of new technologies have historically changed resource use systems in the Arctic.

The adoption of snowmachines in the 1970’s changed reindeer pastoralism by allowing for herd expansions on winter pastures and by changing the possibilities for herders to commute to and from their herds. Snowmachines have allowed hunters in North America to hunt more efficiently and reduced the need for fish used as dog food  (Fauchald et al. 2017).

Traffic from ATV’s has also altered the spatial land use which in some regions cause concern about drainage and vegetation effects. In the coming decades mobile phones and internet could create more efficient hunting practices and markets, and become important drivers of environmental changes and institutional innovations. In the Canadian Arctic local markets have developed by useof Facebook for distributing caribou meat on a regional scale (Fauchald et al. 2017). 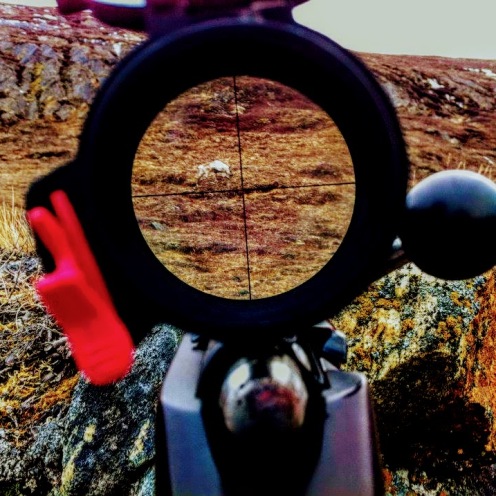 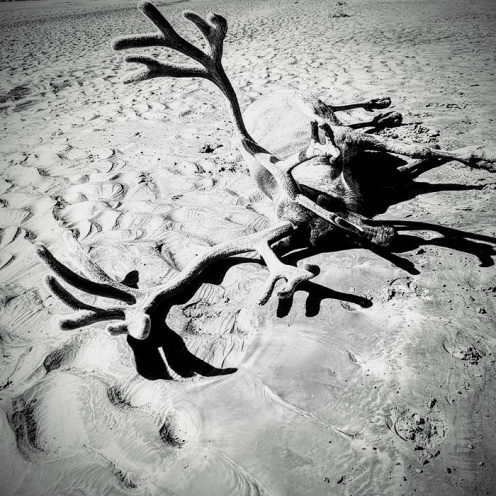 In Arctic Norway facebook has been used to inform dogsledders about the location of reindeer herds to avoid conflicts. Internet and communication technologies may also ease monitoring and reduce enforcement costs as in the case of the Finnmark Estate in which hunters use internet to register and submit catch reports. Alaska is in the forefront of developing internet solution for mapping traditional knowledge or by using public participatory GIS. These new and emerging communication networks induce institutional innovations, and are paramount for the identification of sustainable pathways as they will influence existing rules, local norms, and the accessibility to new markets through tourism and resource extraction industries (Fauchald et al. 2017). 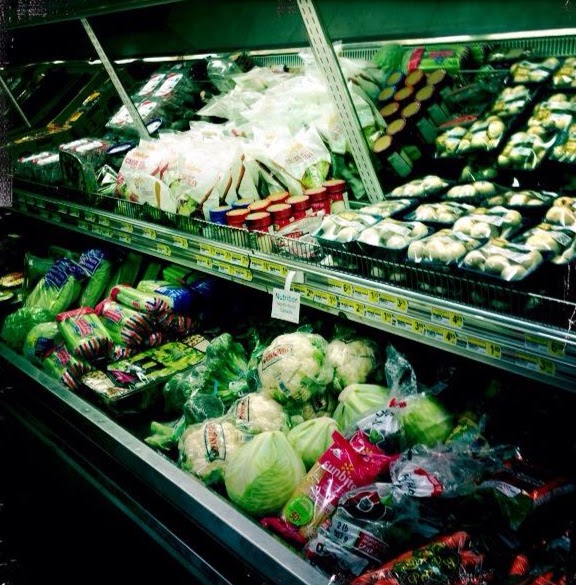 Infrastructures that may lower transport costs of food might also result in change of resource use, land use , harvest of fish and wildlife as well as change of lifestyles. Here are store in Nunavut. Photo: Ann E. Lennert 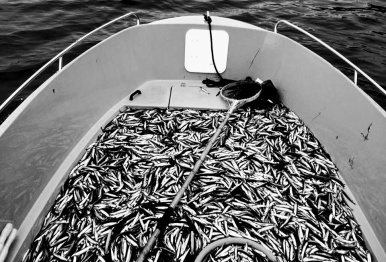 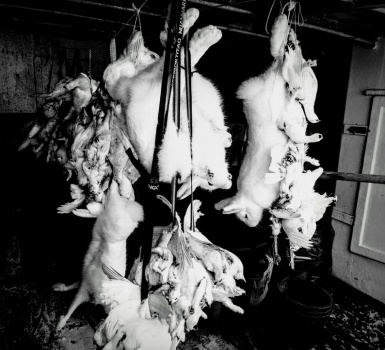 Market access in the Arctic is limited by transport routes, and infrastructure related to tourism and resource extraction industries that may lower transport costs of food, equipment, and gasoline for ATVs/snow machines, thereby changing the lifestyles, land use and harvest of fish and wildlife. Proximity to markets and influx of tourists may also provide new sales and distribution opportunities, which is the case for reindeer meat in Scandinavia and Russia.

Resource extraction industries generate spillover effects by increasing cash income, providing a market for services (e.g. accommodation, restaurants, stores), and immigration of non-local workers. Additionally, locals may be employed, adapt their spatial land use, and adopt new practices and lifestyles, such as engaging with nature more for leisure than subsistence, thereby changing the perception of landscapes as well as traditional ecological knowledge. Cash income may also increase inequalities in communities, which may undermine social cohesion and therefore conformance to community norms of resource use (Fauchald et al. 2017).

THE ROLE OF TRUST

The legimacy of decisions is based on trust and support from citizens. More specifically support or positive attitudes are usually required for conservation succes. Knowledge about local attitudes towards wildlife strategies is important for creating a base of public trust for succesful management (Lokken et al. forthcoming).

The Finnmark Estates aim “to facilitate the management of land and natural resources in the county of Finnmark in a balanced and ecologically sustainable manner for the benefit of the residents of the county and particularly as a basis for Sami culture, reindeer husbandry, use of non-cultivated areas, commercial activity and social life.” to the institution is a result of a long-term process of establishing Sami rights and land claims. Our studies show that the Finmark Estate is poorly supported be residents in Finmark, which is explained by the historical processes leading up to its establishments (Broderstad et al. 2017 forthcoming). 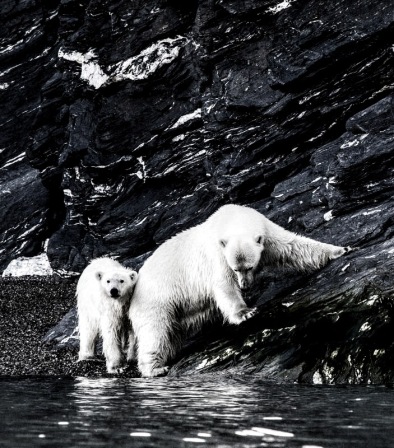 Polar bears are often seen as prestine animals and a symbol of climate change that needs to be protected. Photo: Pierre Blevin 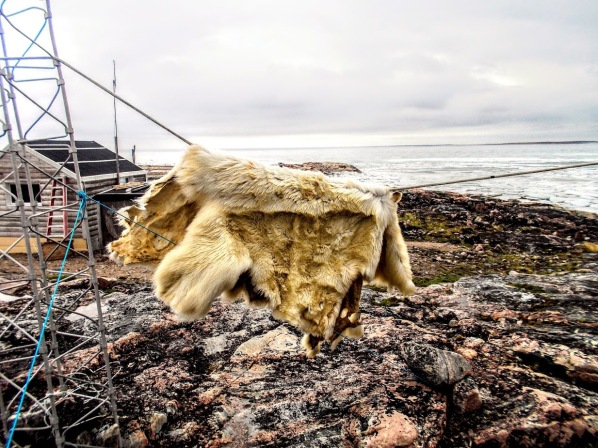 But globalization and the “world wide web” is also playing an important role in the co-management and trust.

“People from other countries are controlling the management of polar bears based on what they hear. People who have never seen a polar bear are trying to control them.”

Here a globalized view of a pristine animal can to some degree set the frames of management and trust.

During data collection we were struck by the consistently strong negative responses around polar bear management. In this region polar bears have been intensively studied and the results of that research have been used to justify harvest quota reductions despite the objections of communities that bears remain abundant (Lokken et al. 2017 forthcoming). 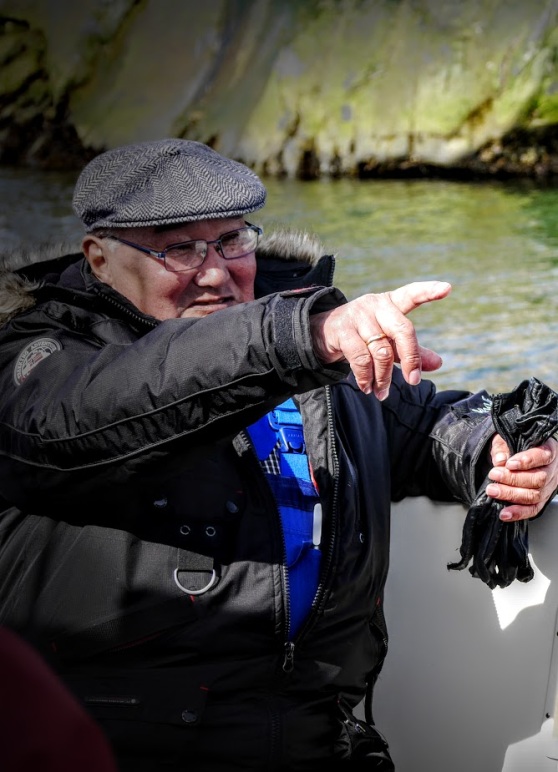 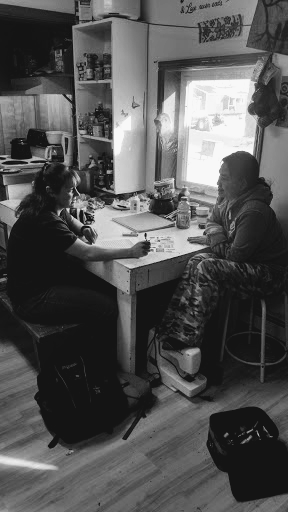 The rapid changes occurring in the Arctic could affect ecosystem services that is important for indigenous and local communities. In CONNECT we have adopted a bottom up approach to ecosystem services research by using participatory mapping together with local participants to define sociocultural values and local priorities. We developed a mixed-methods interview design targeting resource users – and local decision makers in 28 communities in Russia, Norway, Alaska, Canada and Greenland. We include open questions for qualitative interpretation, but combine them with quantitative instruments to ensure comparability among the 28 cases. These priorities and perceived supply mapped by local communities are analyzed in relation to global connectedness. 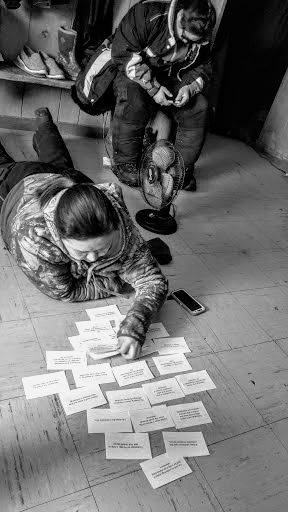 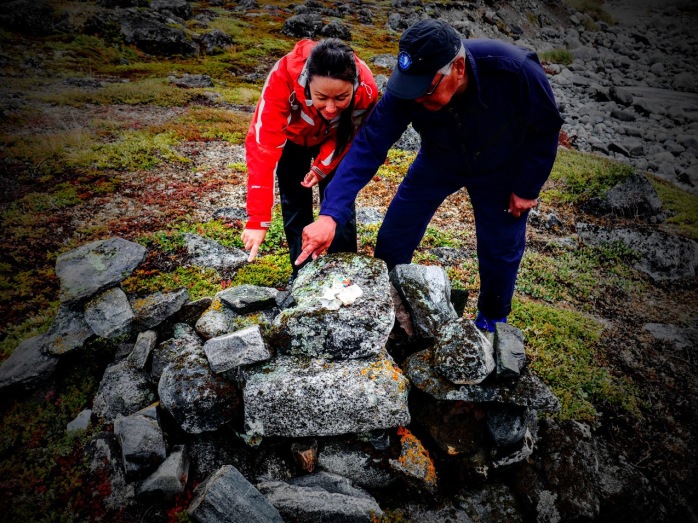 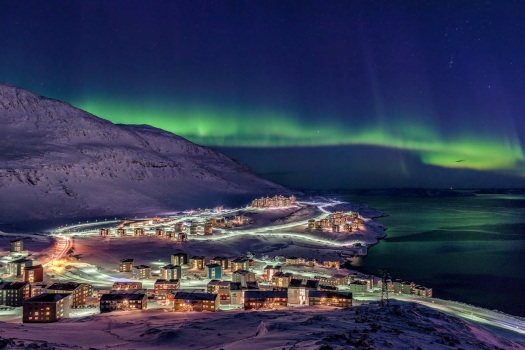 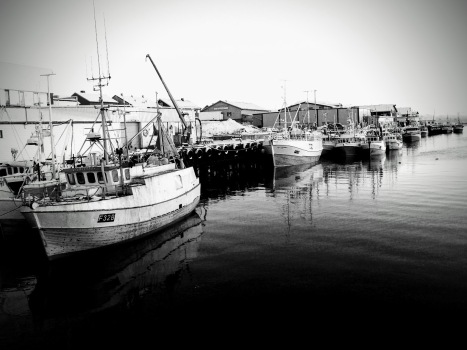 Sustainability  needs  an interdisciplinary understanding of these global environmental changes but also their relevance to the people of the Arctic.

Specific methods differed between countries in response to local norms, expectations, and regulations, and our approach in each country has necessarily been adaptive to its particular context.